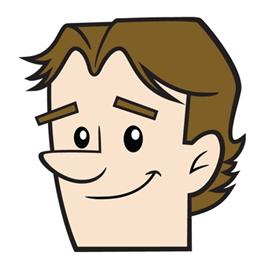 I live in Southern California with my wife and 2 wonderful children. In 2001, I graduated from Cal State University, Fullerton with a Bachelor's Degree in Entertainment Arts/Animation. After graduation, I was fortunate to get a job working at Nickelodeon Television Animation Studios in Burbank on the production team. I switched to working as an Digital Clean-up Artist in 2007. I  worked at Nickelodeon a total of 14+ years! Some shows I worked on were Invader Zim, Danny Phantom, The Fairly OddParents, T.U.F.F. Puppy, The Mighty B!, Shimmer and Shine and The Fresh Beat Band of Spies as well as Hey Arnold The Movie.  I worked at Dreamworks Television Animation on The Croods and at Disney Television Animation on Star Vs. The Forces of Evil.  Currently, I am working on Looney Tunes at Warner Brothers.   Check out my other website digitalcrayonbox.com.  Thanks for stopping by!